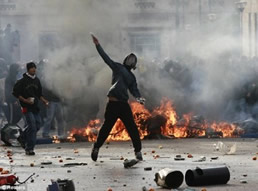 The 1980’s proved to be a decade of continued change for the division. Much of the civil unrest of the 1960’s and 1970’s resulted in the need to change the way policing was conducted. Programs emphasizing greater technical expertise and specialized training emerged during the decade. Technological advances occurred, and important changes in personnel issues affecting members’ retirement and pension plans were made. In response to a national increase in violent crime, the division equipped troopers with semi-automatic pistols to enhance officer safety. The division continued to grow and diversify, and received recognition as being the first police department in Delaware to be nationally accredited.

The method of training Delaware State Police recruits realized a significant change in 1980. Along with

the twenty five year pension change, new troopers would also participate in the Field Training Officer (FTO) program as part of their academy. Prior to this period, recruits received little to no training in the field, with all of their time spent in the academy. The FTO program reduced the amount of time spent in the classroom, by instituting twelve weeks of training in the field with a senior officer. During the twelve weeks, recruits participate in all aspects of police work while under the supervision of the senior officer. They have full powers of arrest, complete crime and accident reports, write traffic summons's, as well as a variety of other common functions performed by patrol officers. This hands on training has been determined to better prepare the officer to perform their duties upon completion of their academy training. 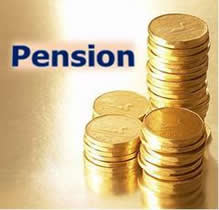 The decade began with a change in the pension for Delaware Troopers. Prior to 1980, troopers retired upon completing twenty years of service. The pension consisted of 50% of one's base salary at the time of retirement, as well as a cost of living adjustment determined annually based on the rate of inflation. The legislature determined the cost of living provision to be too expensive to maintain and it would be eliminated under the new plan. The pension was changed requiring twenty-five years of service for retirement, with an increase to 62ï½½ % of one's base salary upon reaching eligibility. All troopers hired after 1980 are subject to the twenty-five year pension plan.

The division underwent two significant personnel changes during the mid-1980's. The practice of mandatory retirement after the completion of twenty years service was abandoned during this period, which allowed troopers to continue their careers until reaching the age of fifty-five. A program known as "career development" was also initiated at this same time. Under this program, the rank of corporal was divided into four levels.

The first level of corporal is identified by two chevrons, the traditional marking for the rank. The second level, corporal grade 1, is identified by two chevrons and a rocker arm below. Following, is the rank of senior corporal, with a diamond inside the chevrons and rocker arm. The last is master corporal, with a star replacing the diamond. Eligibility for the different ranks of corporal are determined by time in grade and the completion of educational and professional requirements. 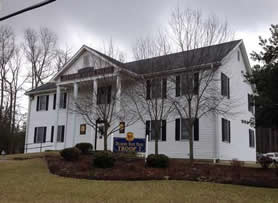 The early part of the decade also saw the construction of a new troop and the consolidation of criminal investigations for Sussex County. Construction of the present Troop 7 was completed in 1983, at an approximate cost of $350,000. This building replaced the small brick structure which had formally served as both troop 4 (A) and troop 7 on State Route 1, just north of Dewey Beach. The new Troop 7 building is located on State Route 1, south of Five Points, in the Lewes area. After the opening of the new Troop 7, the criminal investigative function for Sussex County was consolidated at Troop 4 in Georgetown. The uniformed traffic patrols from Troop 4 were ended until the opening of the new Troop 4 facility in the 1990's.

The Aviation Section of the Delaware State Police underwent significant changes in the areas of programs and equipment during the middle part of the decade. In 1981, a Cessna 182 nicknamed "the bear in the air, " was purchased for use in speed enforcement.

The Fatal Accident Investigation and Reconstruction (FAIR) Team evolved throughout the decade. In 1982, a ninety day pilot program was initiated to measure the feasibility of such a specialized unit.

The pilot program was extended, with favorable recommendations from the troop commanders and the Attorney General's office, which led to the unit becoming a permanent special unit within the division. By 1985, all three counties had a FAIR unit. The FAIR team responsibilities include investigating fatal motor vehicle accidents, serious personal injury accidents, and providing technical support to patrol officers. The unit members receive specialized training in the collection, documentation, and analysis of evidence from accident scenes. Mathematical formulas and the laws of physics are applied to the evidence to determine the cause of the collision.

The year also saw the formation of the Financial and Organized Crime Asset Seizure Team, known as FORCAST. The mission of the unit is to provide special expertise in complex financial investigations. The drug unit also established a south unit in response to the growing illegal drug problem in southern Delaware during the year. In relation to this effort, a 24-hour toll free hotline was established for citizen use in reporting drug activity.

The decade of 1980's witnessed three tragic accidents that severely injured two troopers and took the life of another. In May of 1984, Corporal Dennis Kelly, 29, and Corporal Thomas Robbins, 38, were operating a divisional helicopter at the Sussex County Municipal Airport in Georgetown. The pilots were conducting take-off and landing training exercises in a 1975 Bell Jet Ranger aircraft. During the exercise, as the aircraft was approximately 20-30 feet off the ground, the helicopter crashed.

Corporal Robbins was able to exit the aircraft after the crash, at which time he assisted the more seriously injured Corporal Kelly from the wreckage. Both pilots were taken to Peninsula General Hospital in Salisbury for medical attention. Corporal Robbins was released a short time later, however Corporal Kelly sustained a broken neck as a result of the crash. Both men eventually retired from the division with disability pensions as a result of their injuries.