It is with respect and a sense of gratitude we share these photos of Stephen J. Ballard's funeral. 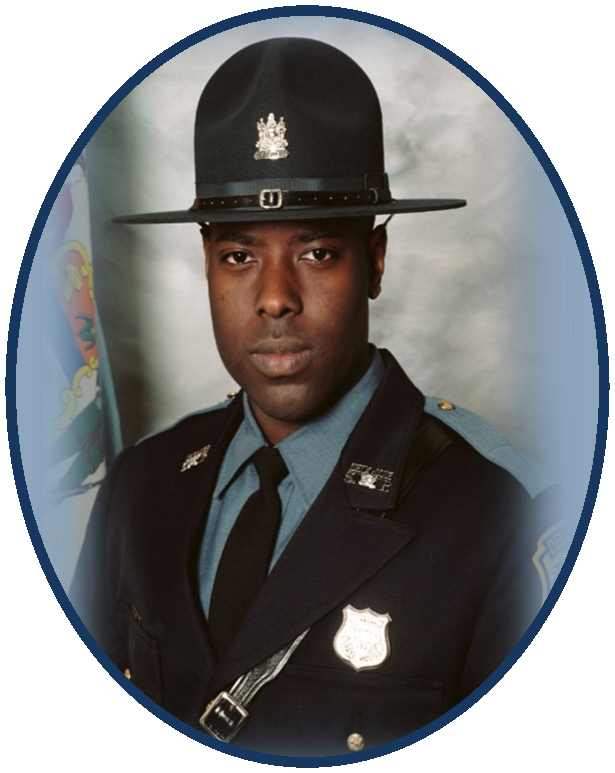 Cpl/1 Stephen J. Ballard, 32, was shot and killed on Wednesday, April 26, 2017. Stephen Ballard joined the ranks of the Delaware State Police on October 31, 2008 as a member of the 80th Delaware State Police Recruit Class. At the time of his death, Stephen was assigned to the Patrol Division at Troop 2, Glasgow. He had previously served at Troop 4, Georgetown and Troop 3, Camden. Cpl/1 Ballard was a member of the DSP Conflict Management Team and was temporarily assigned to the Drug Diversion Unit and served as a School Resource Officer. He also mentored children in several communities.

On that fatal day, Cpl/1 Ballard was investigating a suspicious vehicle complaint at the Wawa store in Bear. The vehicle in question was occupied by two individuals. After making contact with the persons in question, Cpl/1 Ballard ordered the passenger out of the automobile. As the passenger exited the vehicle he engaged Ballard in a hostile manner. A witness stated the suspect, later identified as Burgon Sealey, Jr., was observed turning on Cpl/1 Ballard, removing a handgun from his waistband and shooting at the Trooper. The bullets fired struck Stephen in the upper body. As Cpl/1 Ballard attempted to find concealment, he stumbled to the ground. As he lay on the pavement, Cpl/1 Ballard was shot several more times by Sealey.

Cpl/1 Stephen J. Ballard was transported to the Christiana Hospital where everything humanly possible was done to save his life. Despite the heroic efforts of citizens, his fellow Troopers, paramedics and a tremendous emergency room staff, Stephen lost his battle to over come his mortal wounds.

Friday, May 5th, began as a dark and dreary day. A somber tone was set for the Celebration of Life Service that was held at the Chase Center on the Riverfront. Rain fell upon those family members, friends, indebted citizens and thousands of police officers from 36 states that gathered to pay homage to Cpl/1 Stephen J. Ballard. Governor John C. Carney, Jr. remarked that, “Corporal Ballard dedicated his career to noble service, putting his life on the line to protect the rest of us. We owe Corporal Ballard - and all the officers who serve on our behalf - an enormous debt of gratitude. We should remain mindful of their service today and every day”. Cpl/1 Ballard was laid to rest in Gracelawn Memorial Park.

Colonel Nathaniel McQueen, Jr., Superintendent of the Delaware State Police stated that, “Stephen was a dedicated Trooper who exemplified the highest standards and dedication to serving the citizens of Delaware. His life and his service touched every County in this State. He had the true heart of a servant”.

Below we remember Corporal First Class Stephen J. Ballard for his life of service. 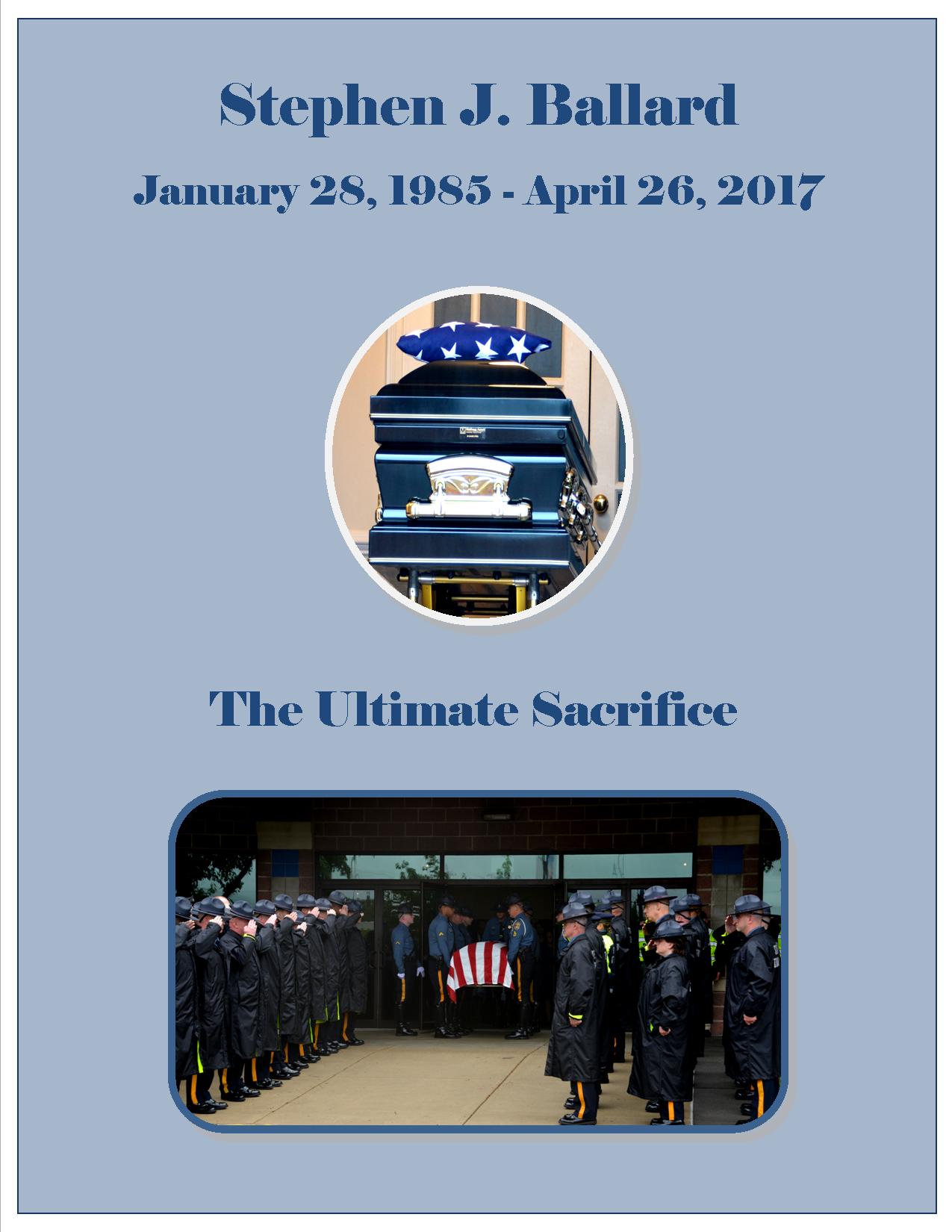 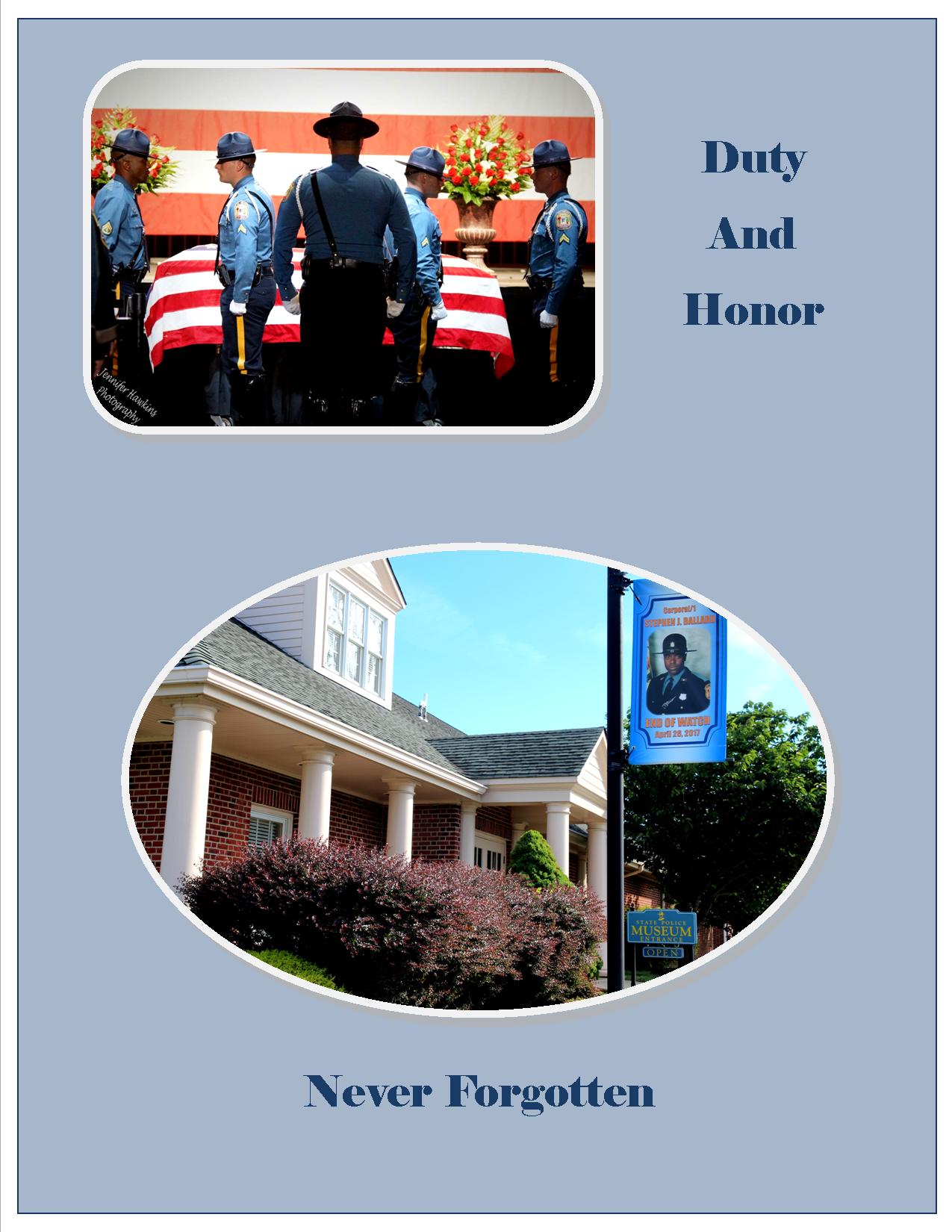 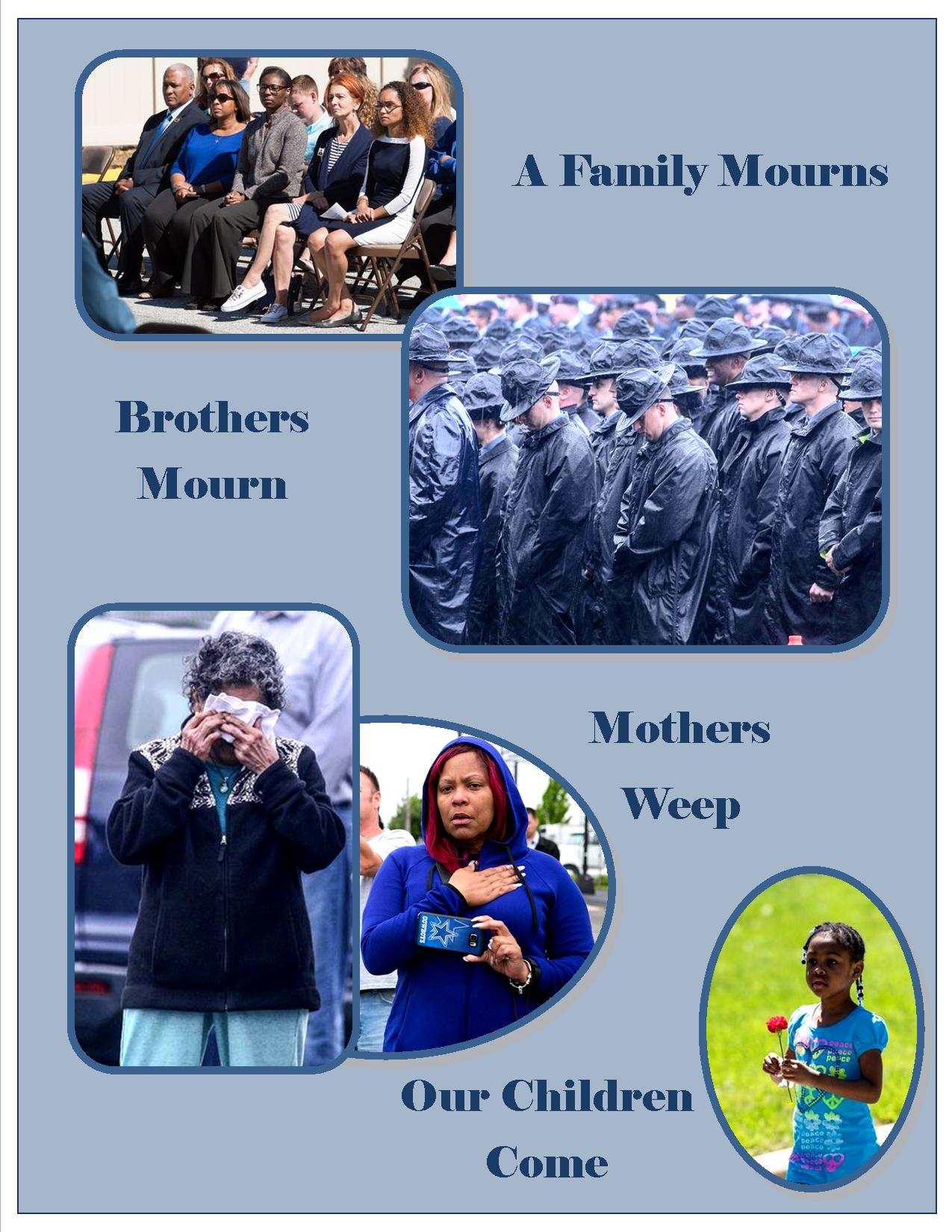 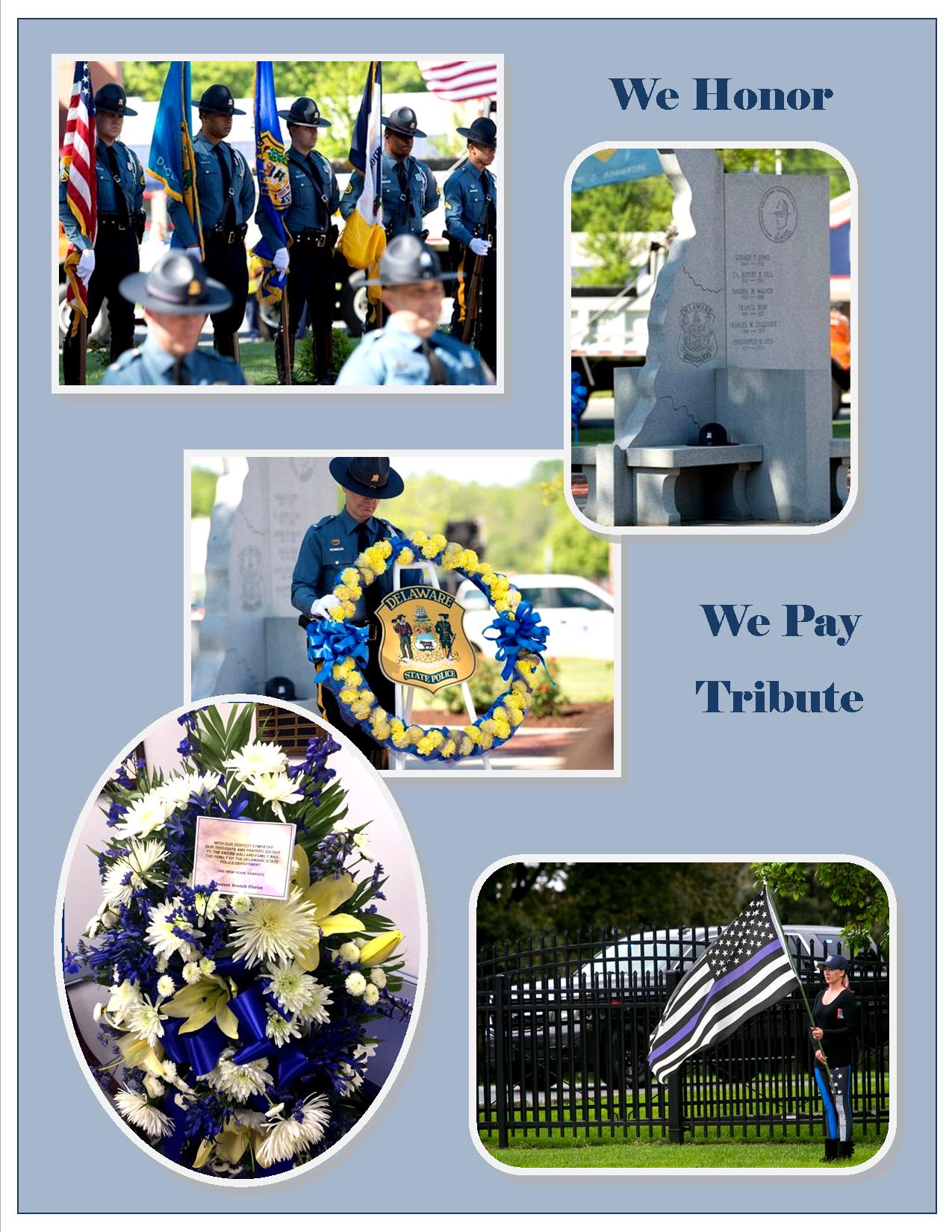 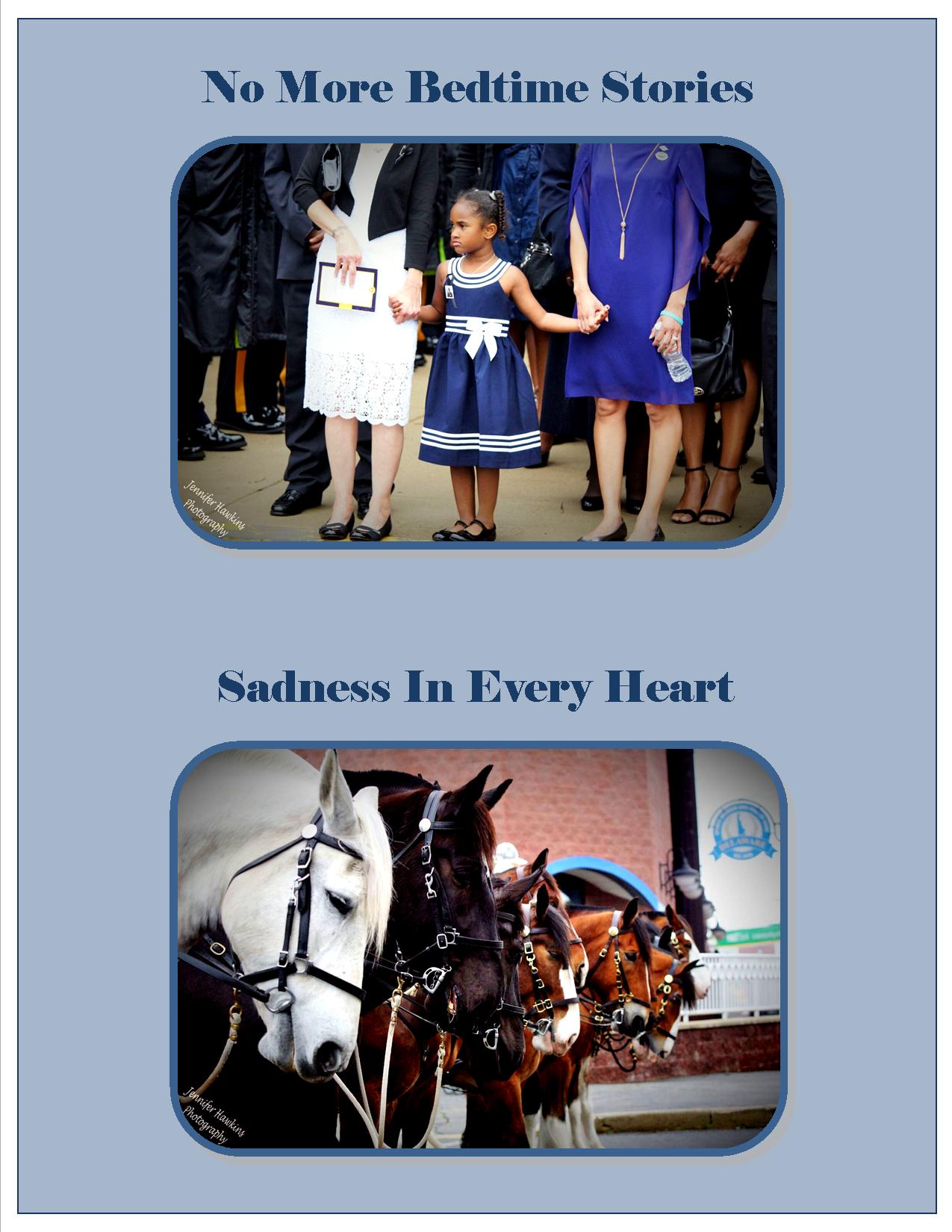 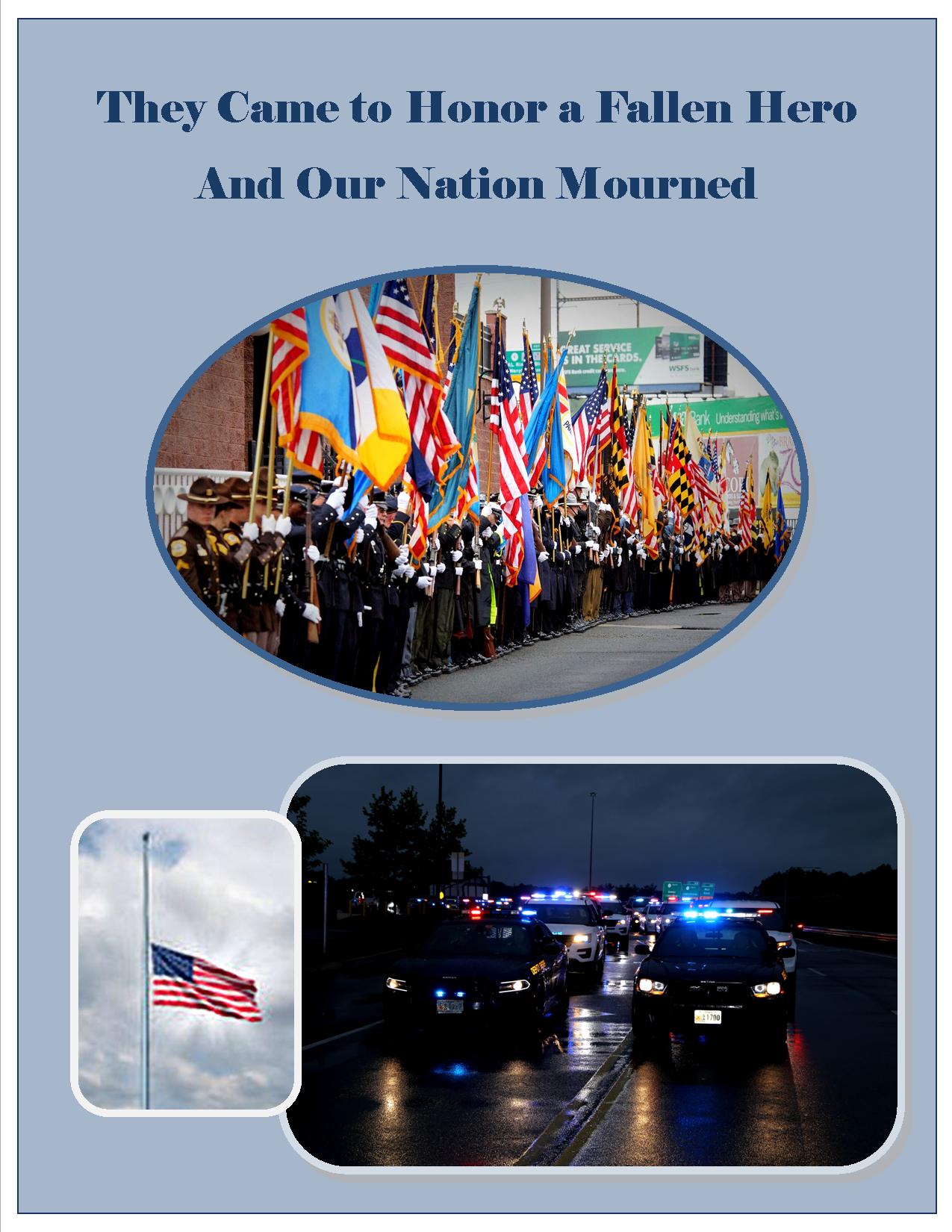 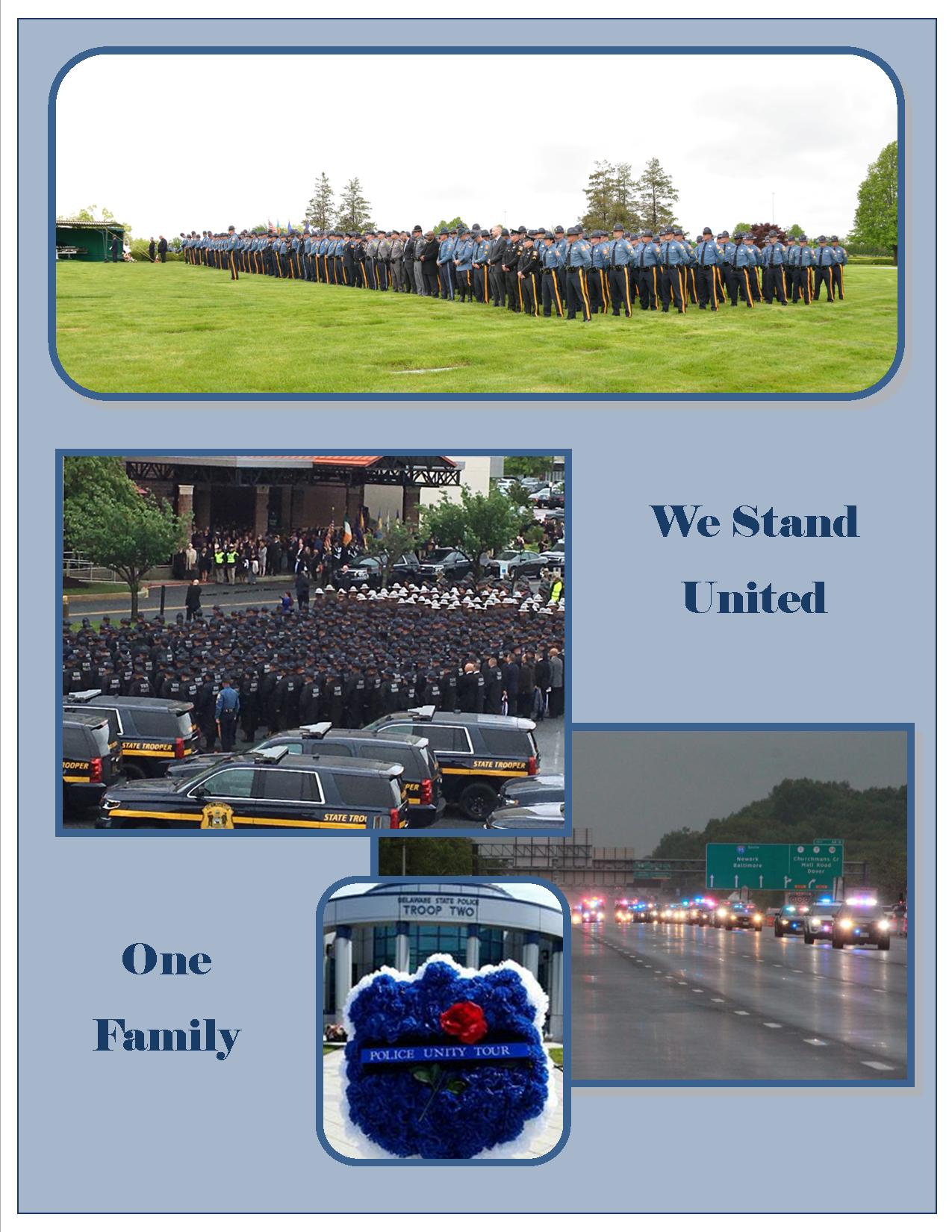 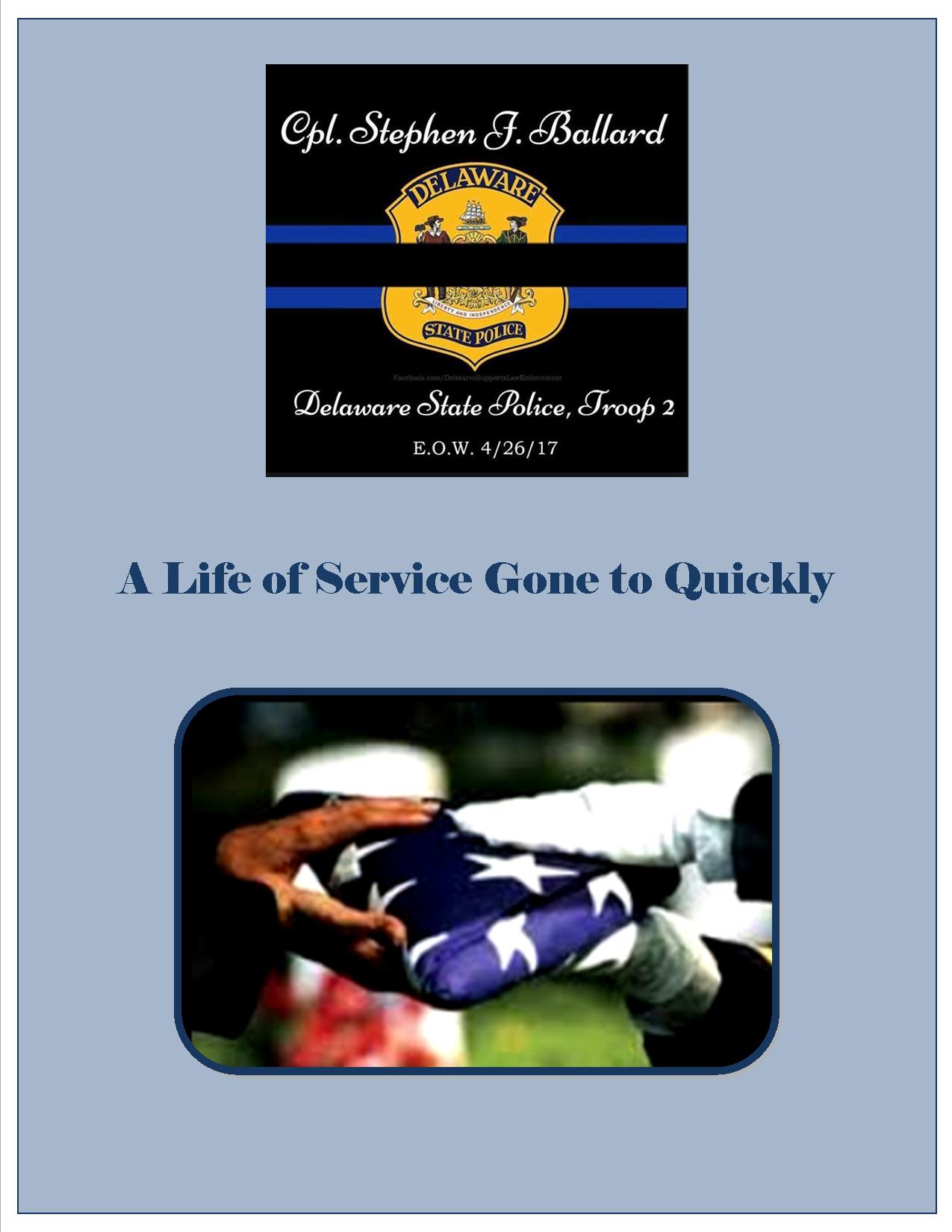 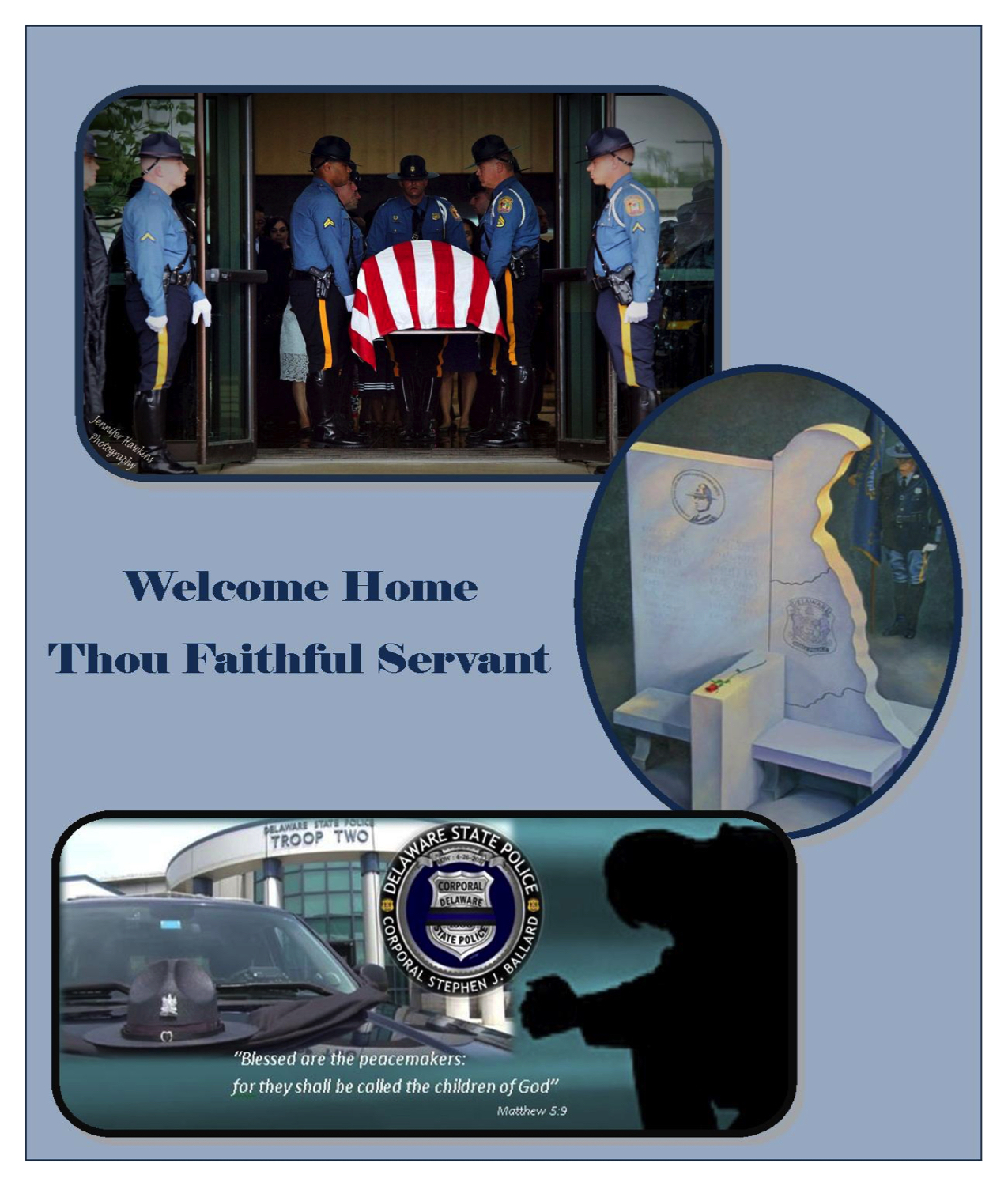 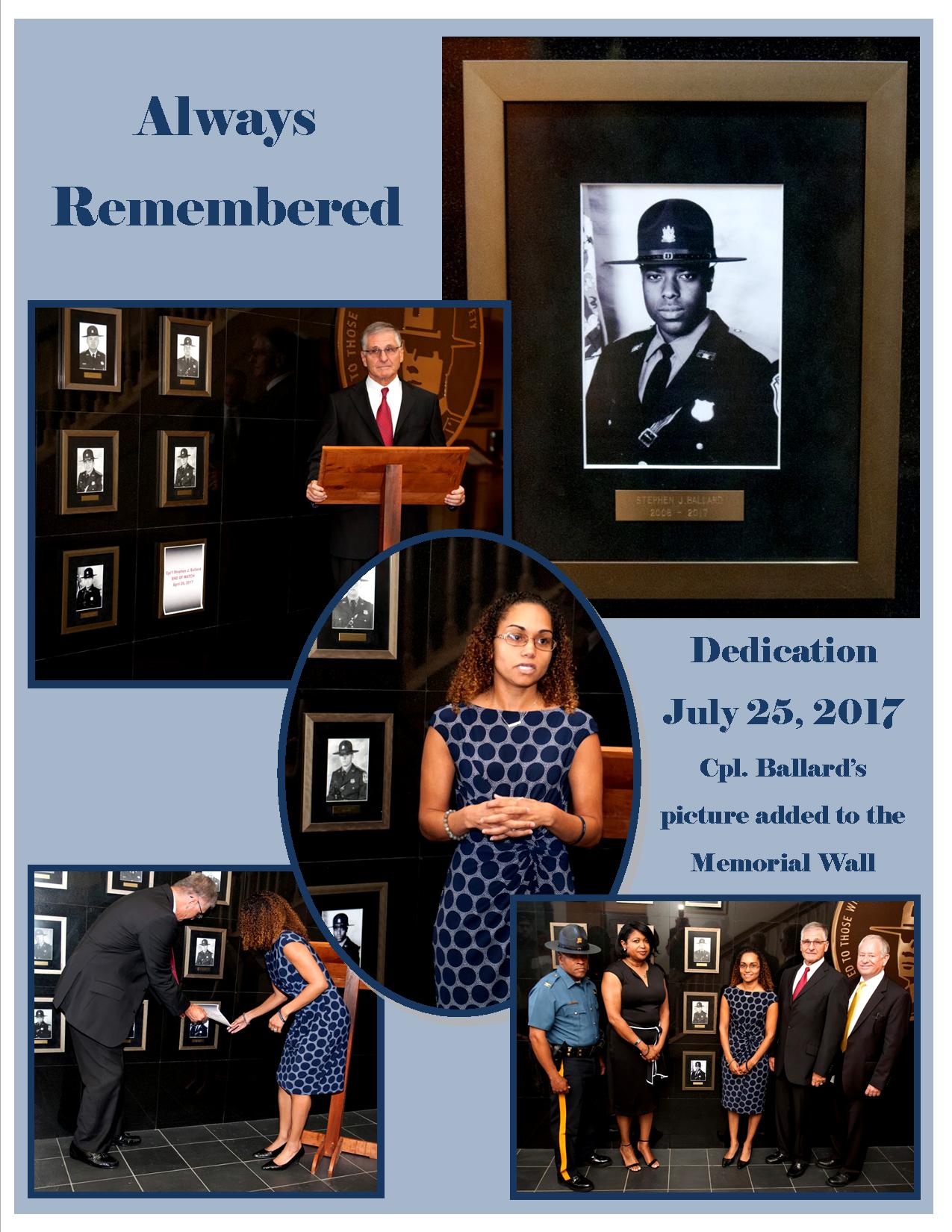 Below are the newspaper articles in chronological order covering Corporal Ballard's funeral. 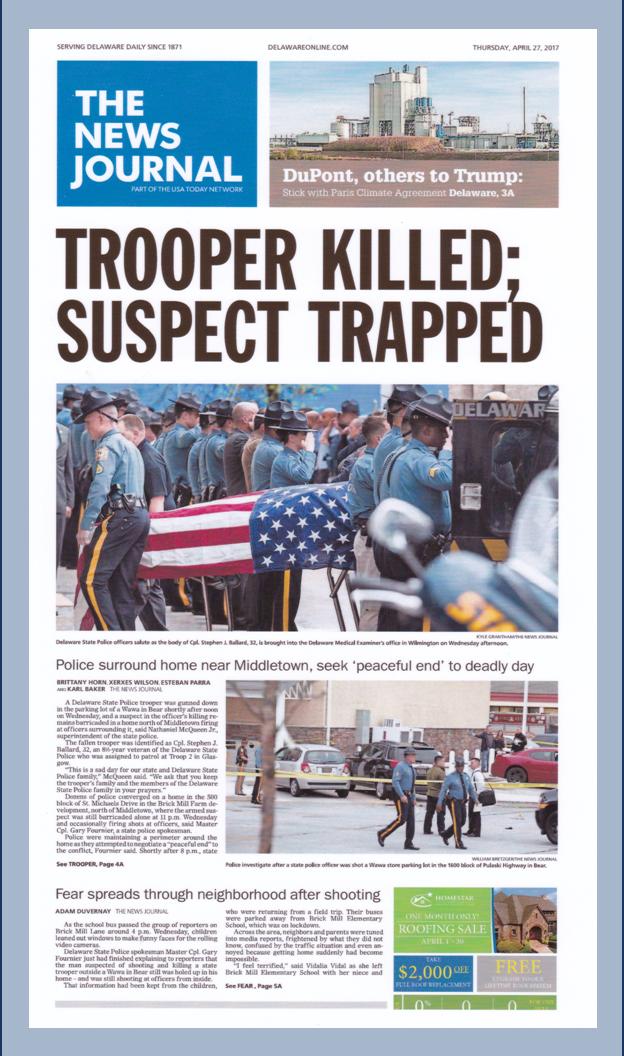 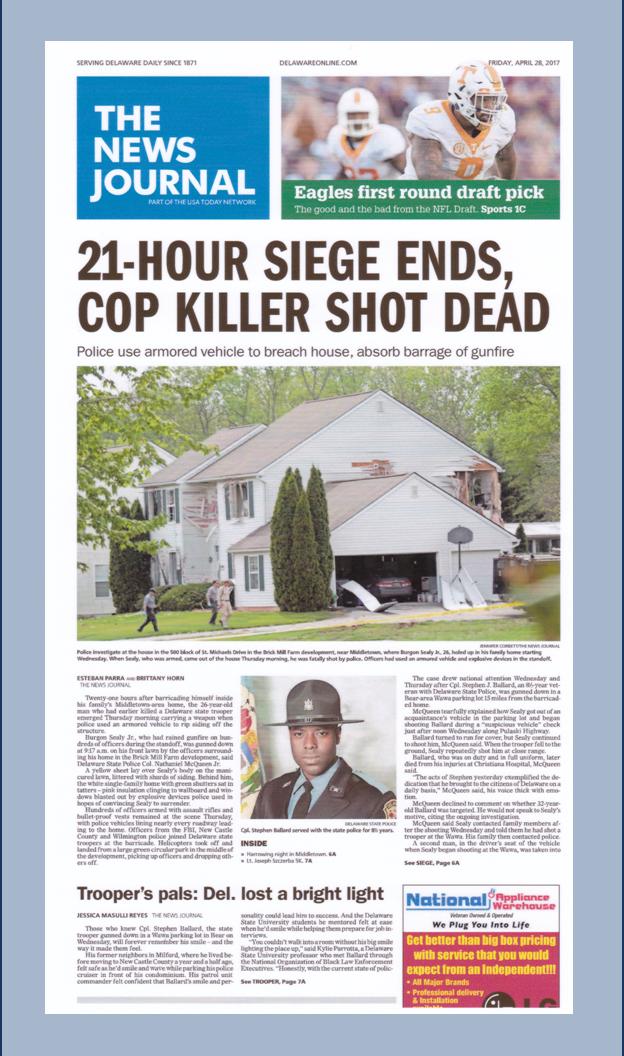 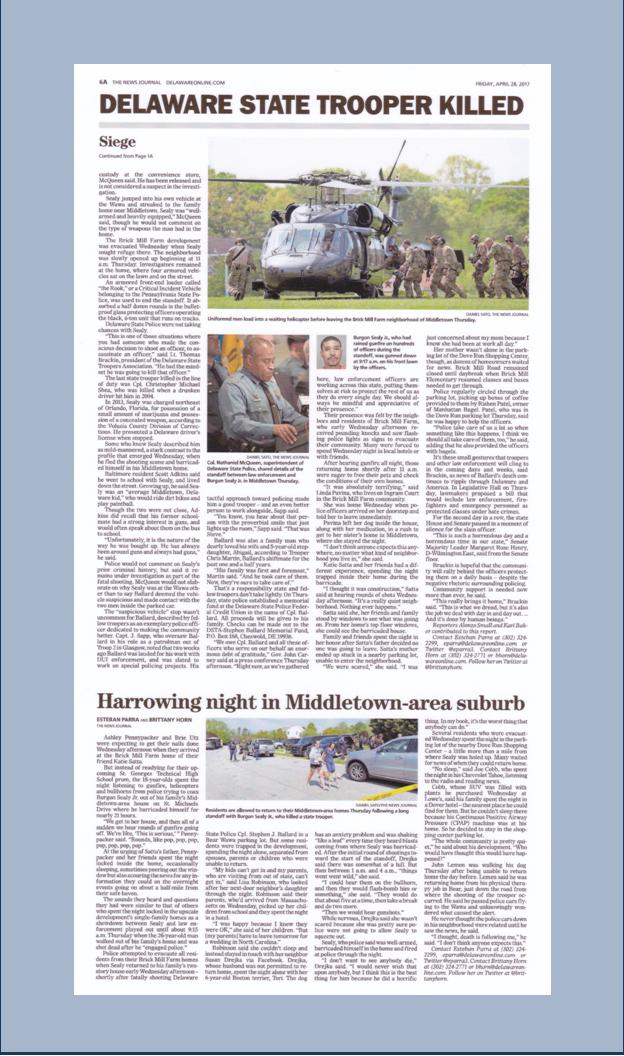 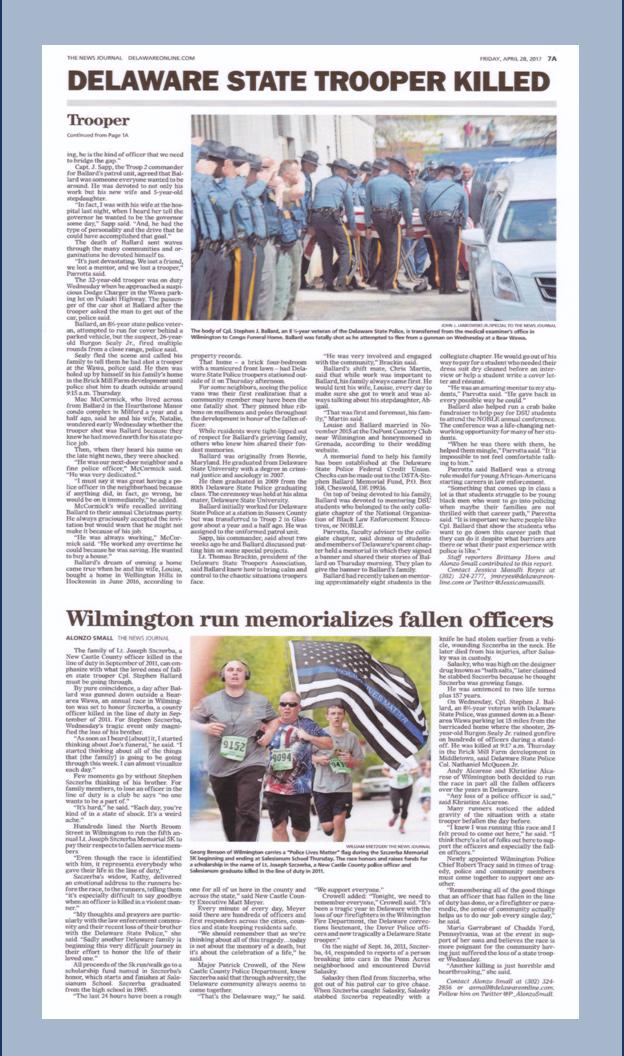 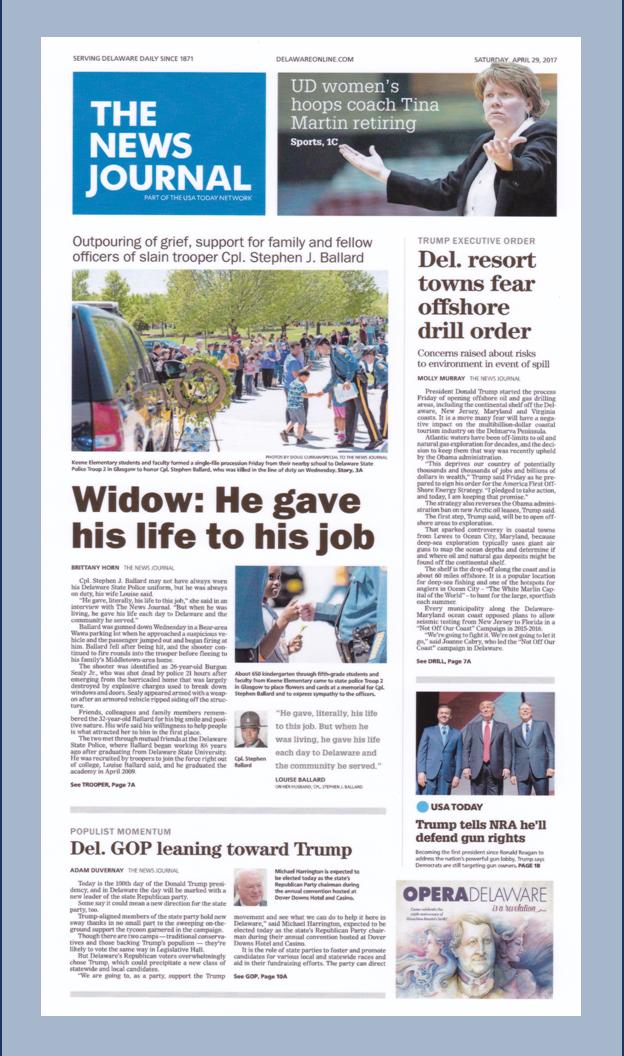 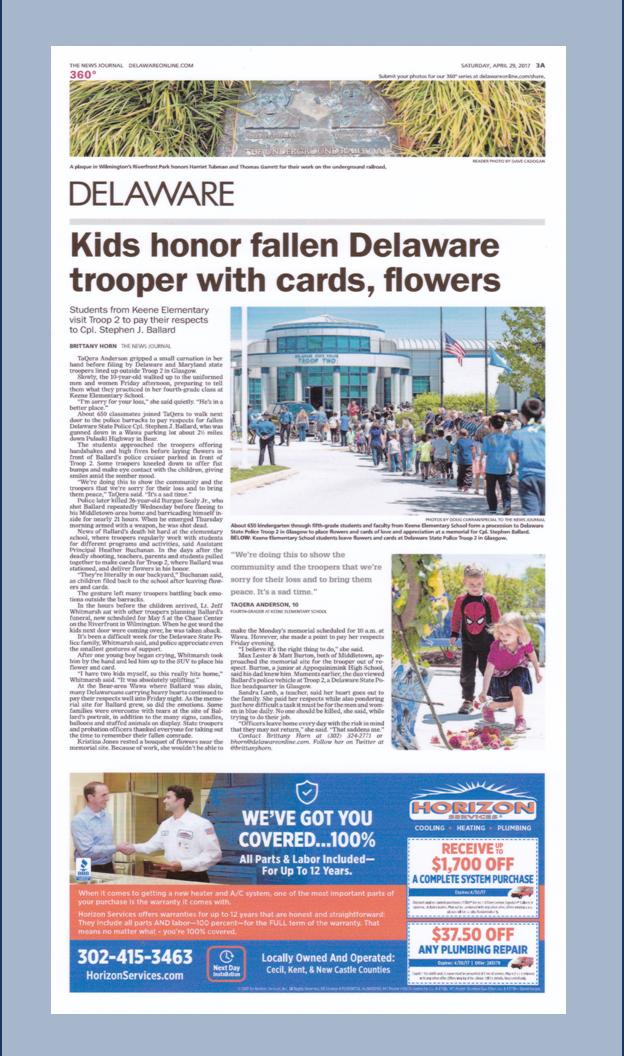 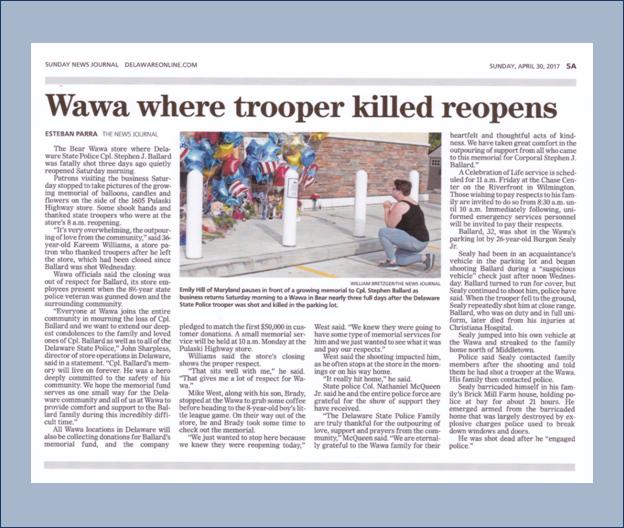 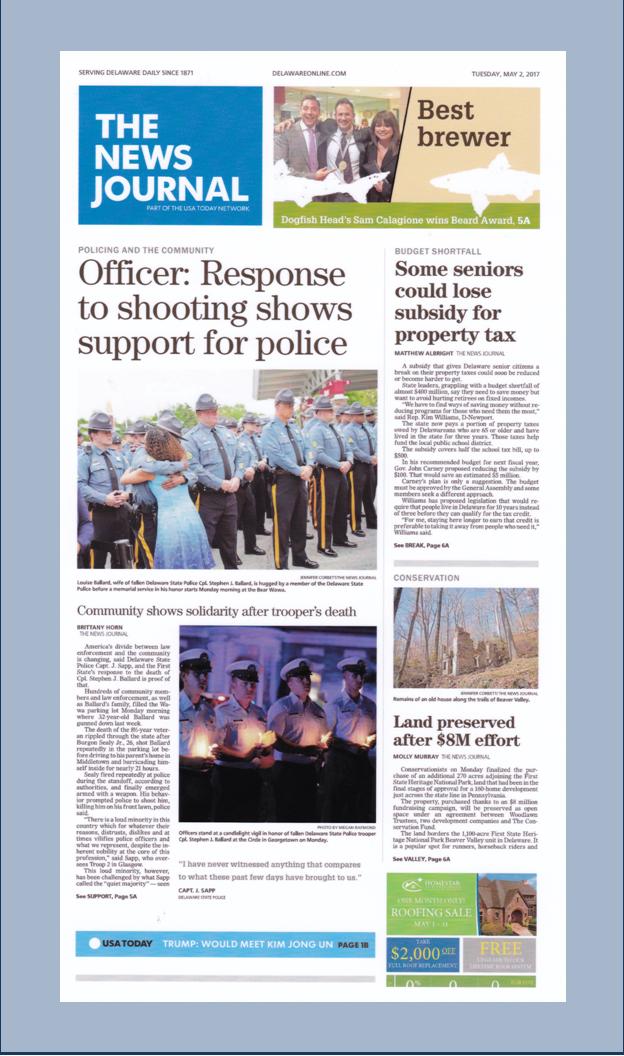 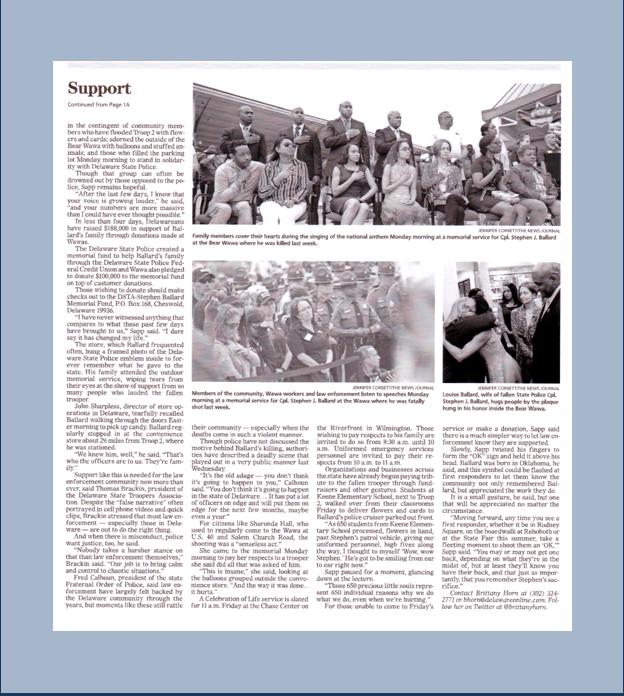 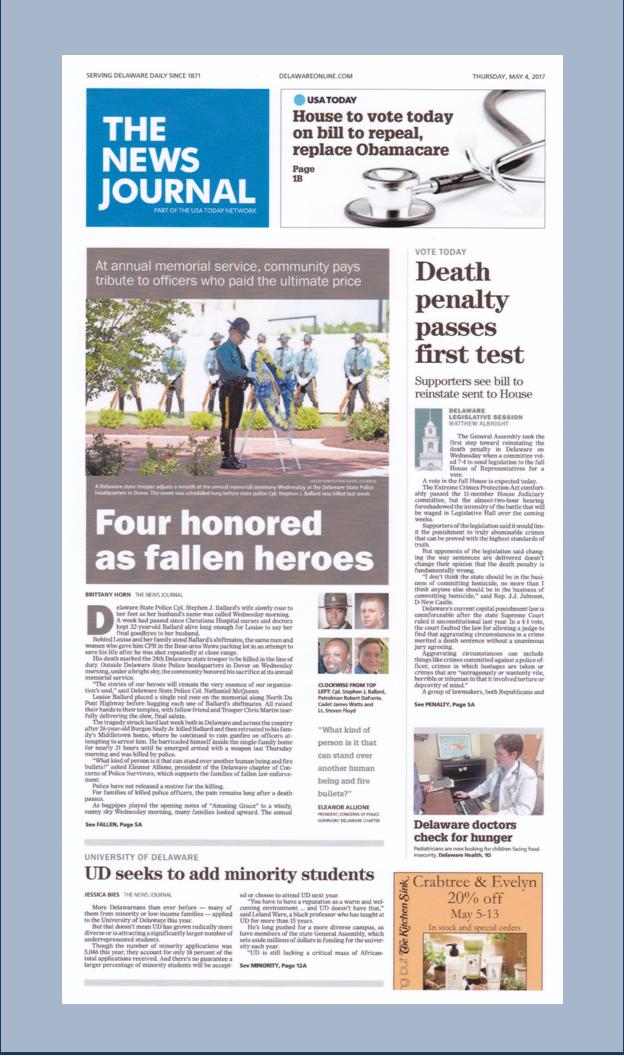 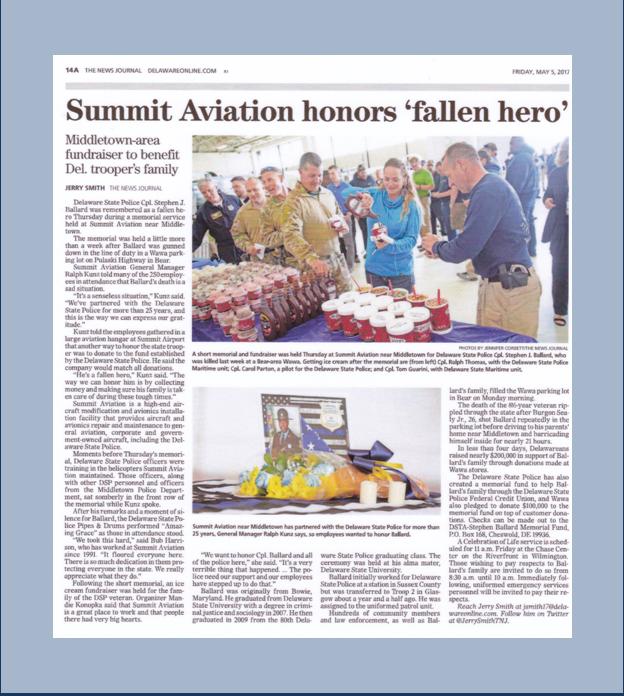 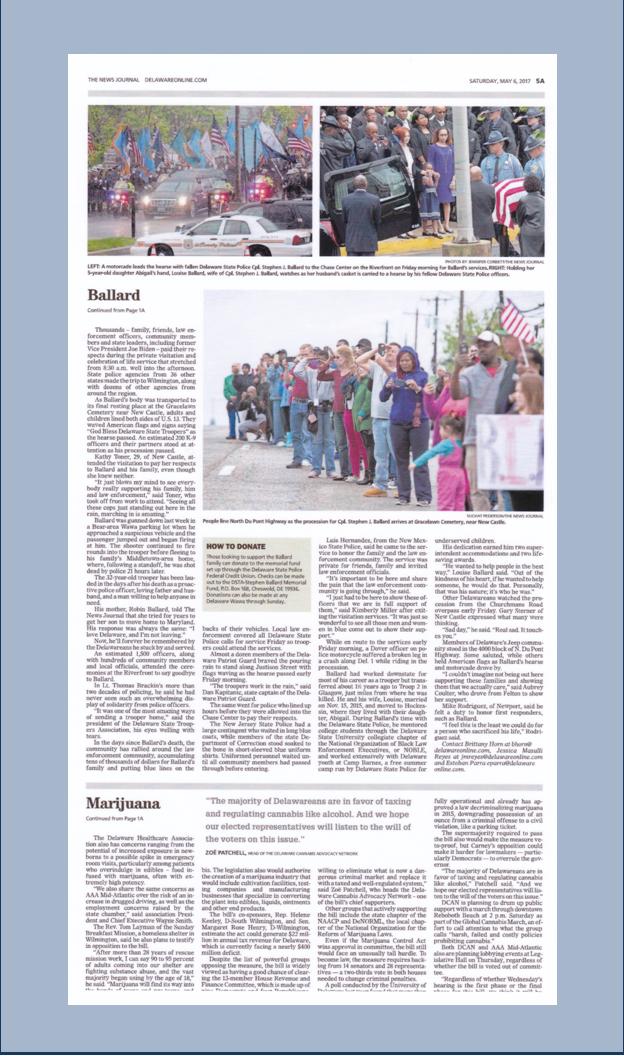 If you have additional photos to add to this webpage, please contact Museum Director Kevin McDerby